Though cannabis remains on The World Anti-Doping Agency’s list of banned substances, WADA stopped prohibiting the use of cannabidiol in 2017. Soccer players are no longer penalized for having CBD in their systems during the World Cups.

Several sports leagues and associations have followed WADA’s lead, such as the United Fighting Championship (UFC), which oversees mixed martial arts competitions and rankings. One of its members Nate Diaz famously hit a vape pen after a match in 2016.

“It’s CBD,” he told reporters. “It helps with the healing process and inflammation… before and after the fights and training. It’ll make your life a better place.” 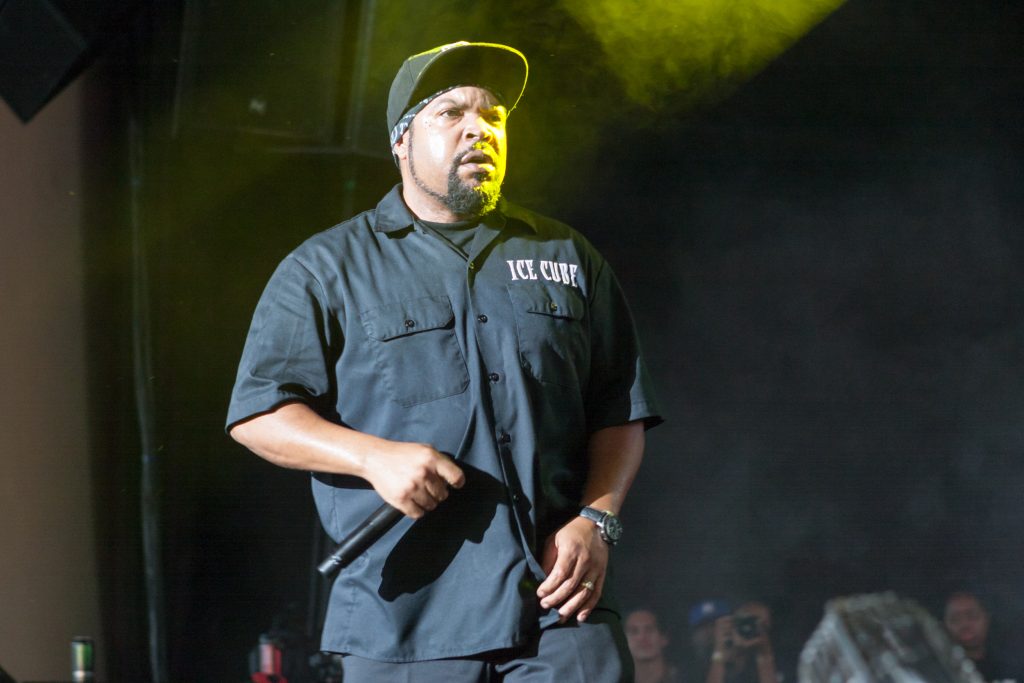 BIG3 CO-FOUNDER ICE CUBE ON CBD: “There’s something out there that can help that doesn’t enhance performance or intoxicate. To me, it’s simple compassion.”

Other positive signs include the recent announcement by the BIG3, the professional 3-on-3 basketball league, that it now permits players to use CBD for pain management and recovery. “These guys put their bodies on the line for us and the fans to entertain us with their talent,” says BIG3 co-founder Ice Cube. “There’s something out there that can help them that doesn’t enhance their performance or intoxicate them. To me, it’s simple compassion.”

MMA FIGHTER NATE DIAZ ON CBD: “It helps with the healing process and inflammation… before and after the fights and training.”

Also, the newly formed minor-league, the TBL (The Basketball League), allows players to use CBD products. The league has partnered with Green Roads Athletics (the sports division of CBD manufacturer and distributor, Green Roads World) for a one-year sponsorship.

HALL OF FAME QUARTERBACK JOE MONTANA: “Now is the time to spread information about the curing capabilities of this plant.”

In a 2010 study of 644 retired NFL players, 52% used opioids during their NFL careers with 71% reporting misuse. Cannabis, and specifically cannabidiol (CBD), has been shown to treat acute and chronic pain, fight inflammation, improve focus, increase endurance, assist natural endorphins and eliminate pre-game anxiety. For athletes who participate in contact sports like football and fighting, the anti-inflammatory properties of CBD reduce the swelling in the brain from concussions, which helps recovery from the injury itself.

“Legalization is picking up steam on a global level and now is the time to spread information about the curing capabilities of this plant,” Hall of Fame quarterback Joe Montana maintains. “As with any medicine, increased accessibility comes with the need for education.”

Hall of Fame running back Terrell Davis has launched DEFY, a “performance drink” that contains 20 mg of hemp extract. According to the website, Davis “first used hemp extract to recover after a workout – and it changed his life. Through it, he was able to recover faster between workouts… Formulated to aid in rapid muscle fiber recovery and clear-headed, hyper-focused training, DEFY delivers naturally derived performance, recovery and rejuvenation for every kind of athlete.”

The evidence is clear that cannabis, especially CBD, has medical and therapeutic benefits for athletes. It’s time for the major professional sports leagues to stop standing in the way of its use.

The post CBD Catching on Among Professional Athletes and Sports Leagues appeared first on Freedom Leaf.