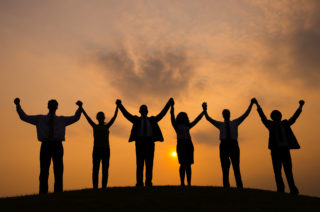 Kern County has a long and sordid history when it comes to regulating cannabis. There has been over a decade of allegations of corruption, bribery, arrests, and a plethora of lawsuits.

Long story short, in March of 2009, the County passed an ordinance that permitted medical marijuana dispensaries throughout the County as long as they were not located within 1,000 feet of a school.

The referendum petition triggered certain obligations under the Elections Code, including that the County was required to either (1) put the ban before the voters at an election, or (2) entirely repeal the ban and refrain from taking any further action that would have the effect of implementing an essential feature of the protested ordinance.

The County failed to do either, and the issue went before the Fifth District Court of Appeal in the case of T.C.E.F. v. County of Kern, where the Court of Appeal determined that the County’s actions violated the Elections Code and held the 2009 ordinance to be of full force and effect. (2016) 246 Cal.App.4th 301.

The Court of Appeal concluded that once the voters speak on an issue like they did with the referendum petition, a legislative body (the Board of Supervisors here) is prohibited from taking any action that would have the effect of implementing the essential feature of what the voters protested.

We’ve just completed briefing the appeal before the Fifth District, where we intend to show that the County’s disregard for the will of the voters is not only a violation of the Elections Code but also of T.C.E.F., and that if the County wishes to implement a full ban against dispensaries it must put the issue before the voters.

The power of the voters cannot be usurped by a legislative body. As the Court of Appeal has already stated, allowing the Board of Supervisors to implement the essential features of the protested ban ordinance would force the voters to (1) invest more time, money and effort in circulating a new protest petition or (2) acquiesce in the board’s legislative agenda. Even if they obtained enough valid voter signatures in time to protest the additional action, a board of supervisors could start the process again by repealing the additional action and adopting a slightly modified action that still achieved the essential feature of the protested ordinance. This cycle could continue until the most determined protesters were worn down, thereby effectively nullifying the referendum power of local voters. T.C.E.F., supra, 246 Cal.App.4th at p. 322. We can’t let that stand, and we look forward to updating this blog as the case proceeds to oral argument.